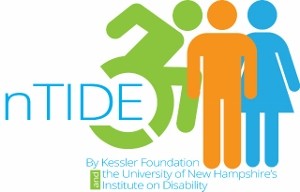 There are new reports on the amount of Americans with disabilities that are currently entering the workforce. Kessler foundation recently reports about the statistics and the successes of the programs implemented in the U.S.  Below is an excerpt from the Kessler foundation and the full article can be found in the link below.

“The economy continues to grow as more Americans with and without disabilities enter the workforce, according to today’s National Trends in Disability Employment – Monthly Update (nTIDE), issued by Kessler Foundation and University of New Hampshire’s Institute on Disability (UNH-IOD). A recent survey shows that people with disabilities are striving to enter the workforce and seeking more hours.

Continue reading the article on the Kessler Foundation.