The 2016 Legislature is currently holding hearings on proposed Medicaid Buy-In Legislation. If you support a Medicaid Buy-In, you can submit testimony and view the measure status using the links below.

You can also show support by contacting the office of the Governor. 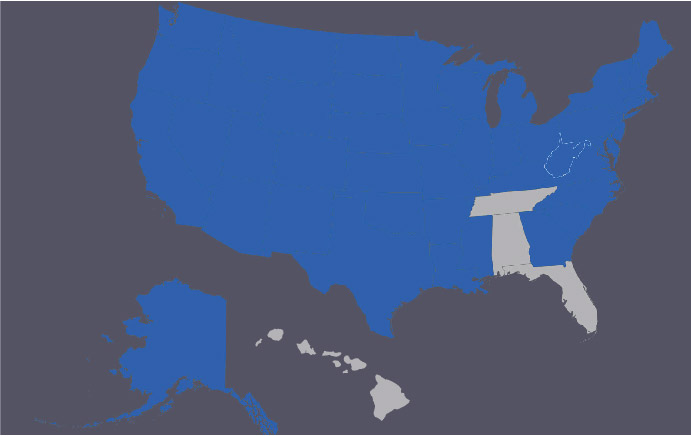 Working-age adults with disabilities need adequate health insurance to enter or remain in the work force, but their options for insurance coverage are limited. Many who have full-time jobs may not be covered through their employer-sponsored health insurance because of a pre-existing condition. Those who work part-time or have jobs that do not offer health coverage may have to turn to government-sponsored programs, such as Medicaid. However, a person with a disability who earns more than the allowable amount will be ineligible for Medicaid coverage. That’s where the Medicaid Buy-In program comes in.

A Medicaid Buy-in enables people with disabilities to work and use Medicaid by “buying in” (i.e., by paying a premium and/or cost-share.) On July 6, 2012, Governor Abercrombie signed HB 2415 into law to establish a task force to implement a Medicaid Buy-in program in Hawai‘i.

The Medicaid Buy-In program allows adults with disabilities to earn more than would otherwise be possible and still have Medicaid coverage. In return, participants “buy into” the Medicaid program, typically by paying premiums based on income. As of June 2012, 45 states were operating a Medicaid Buy-In program to extend Medicaid coverage to working people with disabilities, with total nationwide enrollment of more than 100,000. (Mathematica Policy Research)

Why Hawaii needs a Medicaid Buy-In:

PERSONS WITH DISABILITIES IN HAWAII
In Hawaii, there are approximately 22,000 adults receiving SSDI benefits as “disabled workers”; the average benefit for a disabled worker is about $1,097 per month. SSDI recipients get Medicare after a 2-year wait, but many need medications and other assistance not covered by Medicare.

STATE OF HAWAII DISABILITY RELATED STATISTICS
(ALL AGE 18-64)
NUMBER
Total Population (18-64)
762,990
SSDI disabled workers (18-64)
22,686
SSI (18-64)
18,859
People with a disability (18-64)
58,632
Sources: American Community Survey, 2009; U.S. Census; Social Security Administration, State Statistics – Hawaii, 2010
More than 18,000 working age adults in Hawaii receive SSI benefits, with an average monthly SSI payment of $560. There are about 3,295 individuals who get both SSDI and SSI because their SSDI benefit is less than their monthly federal SSI payment. Their average monthly SSDI and SSI payments in the state of Hawaii are $552 and $142, respectively.
MEDICAID AND ADULTS WITH DISABILITIES
In Hawaii, adults with disabilities typically are covered by Medicaid only if they:
EMPLOYMENT AND DISABILITY
According to the 2009 American Community Survey conducted by the U.S. Census Bureau, approximately 7.4% of the civilian, non-institutionalized working population (18 to 64 years of age) is reported as “with a disability.”
In 2009, the employment rate of working-age people with disabilities in HI was half that of  those without disabilities, while the poverty rate of working-age people disabilities was triple that of those without disabilities.
To keep Medicaid, workers with disabilities often have to limit their income and assets to poverty levels, although Medicaid costs for SSI recipients who work are less than half of the costs for those who do not.
PROBLEM: PEOPLE WITH DISABILITIES CHOOSE BETWEEN WORK AND HEALTHCARE
From a survey conducted in 2005 using Medicaid Infrastructure Grant funds, it was found that:
PROPOSED SOLUTION: QUEST WINS
Through greater flexibility provided by the federal government, Hawaii can make adjustments to its Medicaid program to accommodate people with disabilities to encourage work, as 45 other states have already done.
QUEST WINS could:
The most tangible benefit to the state would be from the increase in taxes paid by those employed. A recent study entitled Medicaid: Good Medicine for State Economies – 2004 Update by Families USA Foundation determined that:
QUEST WINS PROPOSED ELIGIBILITY
As an example of a program design for Hawaii’s QUEST WINS, a person must:
It should be noted that three options have been developed based on other states’ buy-in plans, with different income and asset limits.
QUEST WINS COVERAGE GROUPS
Five broad coverage groups have been identified in the preliminary formulation of QUEST WINS:
ESTIMATED SIZE
It should be noted that in most states with a Medicaid Buy-in, a vast majority of the participants are already known to the Medicaid program, and this is also expected to be the case for Hawaii. Based on the analysis already performed, the size of QUEST WINS could be anywhere from 200 to 2,000 participants.

Medicaid Buy In Impact on Other States